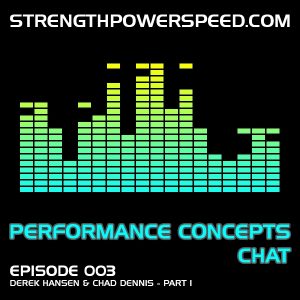 At StrengthPowerSpeed.com, we are always trying to present quality content in different ways to help keep our information fresh and interesting. Rather than using a long-form conventional podcast interview approach, we decided to use a more spontaneous “chat” format on various topics over shorter durations.

In this episode, Derek chats with Chad Dennis – Head Strength and Conditioning Coach for Texas Tech Red Raiders Football – about the details of the physical preparation program for one of the highest paced offences in college football. In Part 1 of this discussion, Chad and Derek review the key elements of both an in-season and off-season training program. Chad talks about how he manages high and low intensity activities for an in-season weekly progression, as well as the changes made for an off-season program.