Appropriate exercise prescription is a vital component during the physical rehabilitation of patients that present with a specific pathology as well as the performance enhancement training of athletes that present with a history of pathology. Suitable exercise implementation is essential to assist in resolving the patient’s condition as well as not to exacerbate the athlete’s past or recent disorder during the training process. This commentary will include considerations for the selection of appropriate exercise recommendations based on various anatomical pathologies. It is important to note as with all treatment and exercise concerns there are certainly individual “exceptions to the rule” so to speak. The intent of this dialogue is not to provide the reader with an “in-depth” review on the topic presented, but to assist in the initiation of a critical thinking process. It is recommended that the Rehabilitation and/or Strength and Conditioning (S&C) Professional part-take in a more thorough investigation with regard to this subject matter.

More than 80% of the population will experience an episode of low back pain (LBP) at some time during their lives (4). The selection of an appropriate exercise(s) (stress application) for an individual with a history of LBP is an important consideration to the rehabilitation program as well as when confronted with recommendations for a training program design. Based on the specific pathology presented some common exercises considered for selection (as well as avoidance) include but are not limited to the following:

The back squat – The back squat is an exercise that will not only assist in the enhancement of lower extremity and hip strength, but to the overall physical “system” of the body as well. This is due in part to the requirement of the individual to support the exercise weight intensity that is positioned upon their shoulders. An acknowledged increased stress is placed upon the lumbar spine during the execution of the back squat exercise due to the:

Caution should be observed when prescribing this exercise to those individuals with a documented history of lumbar spine pathology, such as a lumbar disc due to compressive loads and/or the inability to maintain a protective lordotic posture. Additionally great care must be taken with individuals diagnosed with spondylolisthesis including the execution of the exercise as well as the application of appropriate exercise weight intensity. It is advised that the Rehabilitation and the S&C Professional prepare the low back of the patient and/or athlete prior to initiating high stress low back activities. 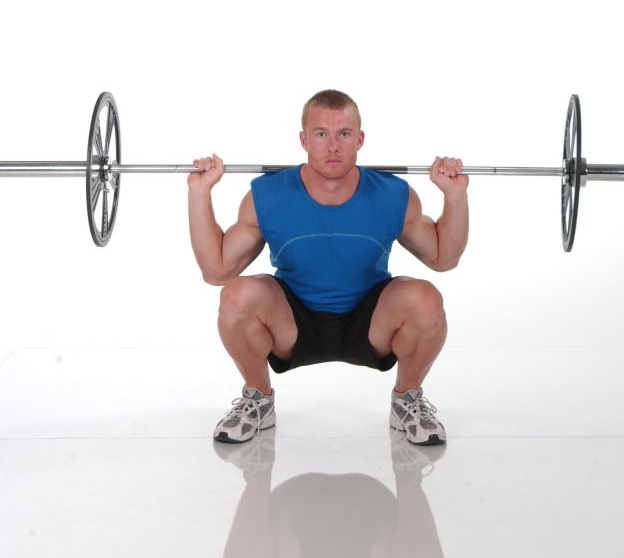 The front squat – The front squat exercise provides many of the benefits of the back squat and is performed similarly with three exceptions:
• The barbell is placed in front of the neck vs. behind the neck
• The exercise execution is performed in a more erect posture
• Lighter weight intensities are tolerated when compared to those utilized during the back squat exercise performance

Due to the more erect posture that is required for a successful front squat exercise performance, this exercise may be contra-indicated for those individuals who are extension sensitive. Examples would include individuals with facet pathology or spinal stenosis whom are unable to tolerate the spine functioning in a loaded closed packed position. 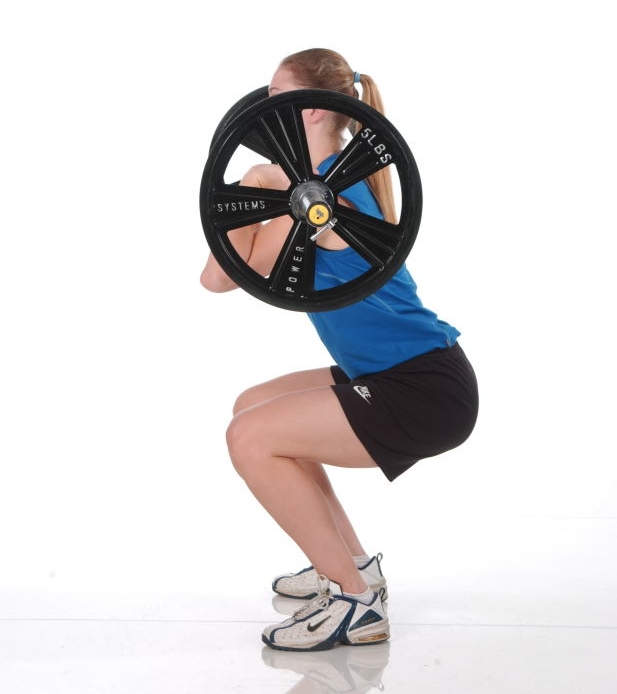 The split squat, lunge, Bulgarian squat/rear foot elevated split squat (RFESS) – It is reported that approximately 30% of all LBP is due to sacroiliac (SI) joint pathology (5). An anterior-posterior split legged exercise posture will place increased stress upon the SI joint, especially when accompanied with heavy weight intensities. Special consideration of a prescribed split legged exercise prescription should be afforded to individuals with a history of SI joint pathology. 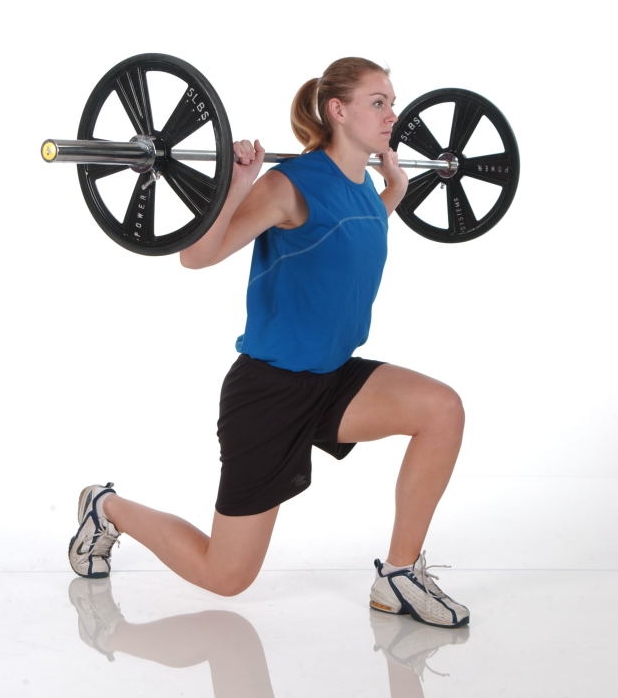 Knee pathology is a fairly common entity among the athletic population. The knee is comprised of two joints and three compartments. These include the tibial-femoral and the patella-femoral joints as well as the medial, lateral, and patella-femoral compartments respectively.

Muscle activity – The depth of a squat (deep knee bend) type exercise performance is an important consideration as the executed exercise depth has a positive correlation with weight intensity for optimal muscle (EMG) activity for hip extensor, knee extensor, and ankle plantar flexors (1, 2, 6). The deepest knee bend position (greater than 90 degrees) not only exhibits the greatest EMG activity (1, 2.6) but was also found to be more significant in the relative muscular effort of knee extensors when compared to weight intensity (1). Therefore knee extensors may be trained with lower weight intensities but require a deep squat depth.

Patella-femoral joint – During the descent of a squat type exercise performance increased patella-femoral compression forces arise at the deepest knee bend position (2, 6). Nature’s design is such that the greatest patella contact surface to distribute these forces also occurs at this deep knee bend position. Improved joint congruency resulting in the dissipation of joint forces is one of the advantages of closed kinetic chain type exercise performance with regard to the knee. However, special caution for deep knee bend exercise prescription should ensue for those individuals with anterior knee pathology such as patella-femoral pain, acute and sub-acute anterior cruciate ligament (ACL) reconstruction central third patella tendon harvest, and osteochondral lesions of patella and trochlea to name a few. 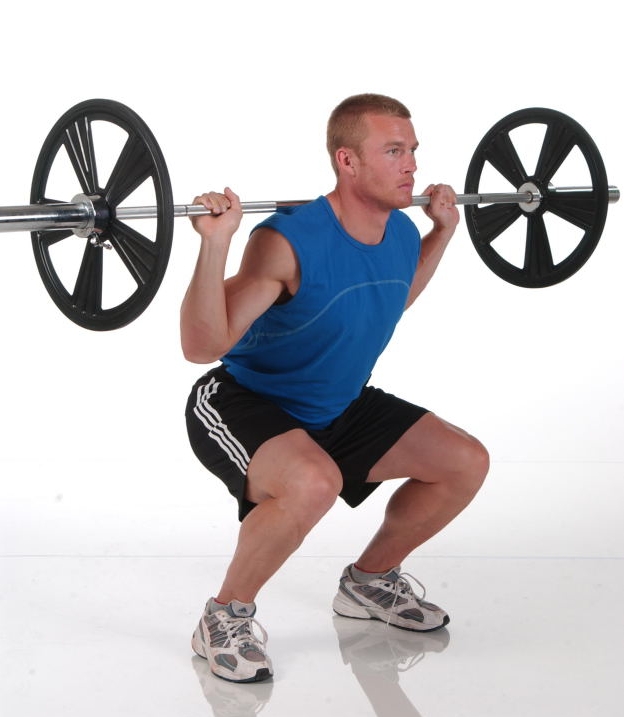 Tibial-femoral joint – During the descent phase of a deep knee bend style exercise performance the tibial-femoral joint shear forces that transpire will occur in a posterior direction (2, 6). Caution with regard to these tibial-femoral joint shear forces should be a consideration for those individuals presenting with a knee pathology that may be present to the posterior cruciate ligament (PCL), posterior horn of the meniscus (i.e. surgical repair), and the posterior lateral corner of the knee to name a few. It should also be noted that the deep squat exercise performance with associated heavy weight intensities was not found to be detrimental to the ACL nor the PCL ligaments in the “normal” knees of professional athletes (3).

Critical thinking is an integral component for the development of an appropriate rehabilitation treatment plan and training program design for both patients and athletes respectively. The acknowledgement of both muscle activity as well as the joint stresses that occur during common deep knee bend exercise performance is necessary for this critical thinking process to transpire.