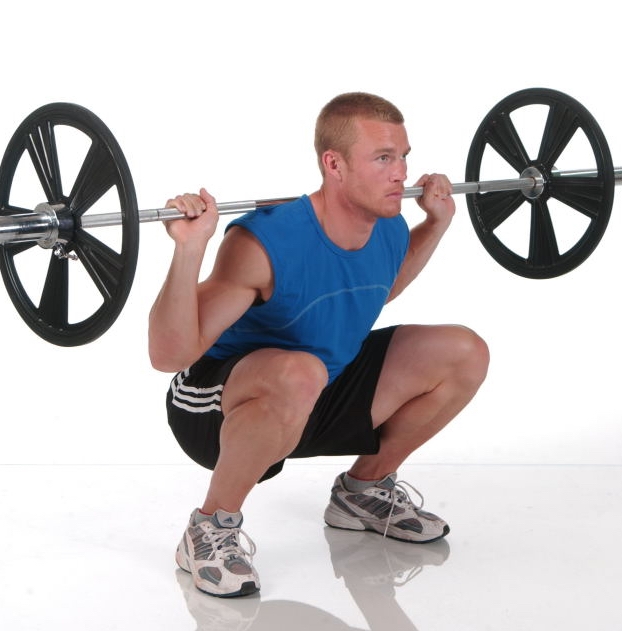 Valued lessons and experiences may arise at the most unforeseen moments as many of my most prized lessons in the training of athletes occurred at the time I unexpectedly met Mr. Gregorio Goldstein. During the years I had spent working with my good friend Hall of Fame NFL Strength and Conditioning (S&C) Coach Johnny Parker and his NY Giant players during the team’s off-season training, he approached me one day stating he had discovered a former Soviet Weightlifter and Weightlifting Coach who had relocated to New York. Coach Parker and I devoted the better part of the next five (5) years to study and acquire many lessons from this former Soviet Coach. We lifted weights under Coach Goldstein’s coaching eye of scrutiny and had numerous classroom sessions under his tutoring, absorbing knowledge and attaining many significant training experiences of which the most important comprised of his system of program design. So impressive was this information that our good friend Hall of Fame NFL S&C Coach Al Miller traveled to New York to study Coach Goldstein’s system as well. One of the components of Coach Goldstein’s program design, specifically in regard to the squat exercise, was the consideration of the athlete’s body weight during the execution of the exercise performance over time (training period).

To appreciate this lesson the S&C Professional should be familiar with the terms relative and absolute strength qualities. Simply stated absolute strength is the maximum force an athlete can exert with his/her whole body or part of the body irrespective of body size or muscle size. Relative strength is the maximum force exerted in relation to body weight or muscle size. Relative strength is commonly expressed as “pound for pound” strength. If athletes of various physical stature are considered more appropriate for distinctive sports of participation i.e. jockey’s vs. basketball players, and concerns of dissimilar body weight athletes are required to participate in different weight classes within the same sport of participation i.e. boxing, wrestling, MMA, etc. why wouldn’t an athlete’s physical stature (anatomical variations) and varied body weight not be a consideration when planning the athlete’s program design? Although physical stature (anatomical variation) is a notable consideration, this commentary will focus upon the influence of the athlete’s body weight during the planning of the squat training program design. Consider the following two athletes back squat exercise performance:

The OL demonstrates a greater level of absolute squat exercise strength (550 vs. 400 pounds) when compared to the DB while the DB exhibits a greater level of squat exercise relative strength (2X’s body weight) when compared to the OL (1.7 X’s body weight). However, as these athlete’s ascend from a deep knee bend squat exercise position to conclude in a successfully executed full standing position, doesn’t this necessitate them to lift not only the barbell weight but their body weight as well? Therefore isn’t it fair to inquire if the OL and DB are actually lifting a resistance closer to 875 and 600 pounds respectively? 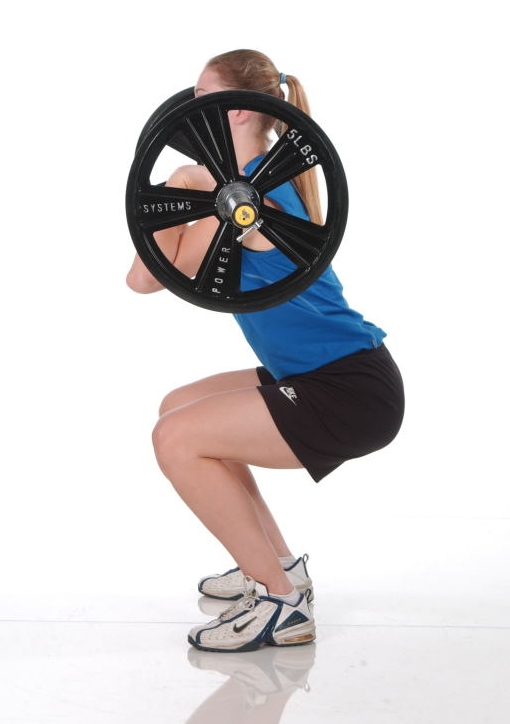 The Zones of Intensity

• Zone III – 70% – 79% 1 RM
— This “medium” weight zone is utilized for the development of the physical qualities of strength and explosive strength as well as to prepare the athlete for the heavier weight intensities found in zones IV and V.

• Zone IV – 80% – 89% 1 RM
— This “working” weight zone introduces the athlete to heavier weight intensities. This Zone of Intensity further enhances both the strength and explosive strength physical qualities of the athlete

Each Zone of Intensity serves a specific purpose to the squat exercise including important strategies with regard to an athlete’s body weight. As an analogy let’s assume that the OL and DB athletes are to perform a specific high intensity plyometric exercise such as a depth jump. Based upon the criteria of body weight when descending from the same height wouldn’t the 325 pound lineman have greater ground impact forces upon landing when compared to the 200 pound athlete? Considering these greater ground impact forces would it be wise for the heavier lineman to perform the exact same number of depth jumps in their training as the lighter DB? Utilizing the same thought process why would it be expected for the significantly heavier athlete to perform the exact same training volume (repetitions) in each higher Zone of Intensity (i.e. Zones IV and V) as the DB?

When reviewing the Zone V weight intensity at 90% of the athlete’s 1 RM, a much larger absolute weight difference is noted when comparing the heavy vs. the lighter athlete. Lifting such a heavy weight (90% – 495 pounds) plus the addition of the larger athlete’s body weight will likely require a longer period of recovery when compared to the 90% lifted (360 pounds) by the smaller athlete. In fact a Zone II 66% (363 lbs.) of the larger athlete’s absolute squat weight intensity still exceeds the Zone V 90% absolute squat weight intensity of the smaller athlete. Therefore, the larger athlete may not be able to tolerate the exact same programmed number of squat exercise Zone IV and V repetitions as the lighter body weight athlete due to the accumulated squat exercise performance effect over time as well as the resulting increased recovery time required for continued optimally executed squat exercise performance.

Lighter weights also correlate to (a) a higher volume of training repetitions (i.e. exercise set, workout, etc.) and (b) increased barbell path velocities. An appropriate higher exercise volume performance has a direct relationship to hypertrophy and/or maintenance of body mass. The larger athlete (a body size required by their sport and position of play) needs to maintain their body mass to be effective on the field of play. Lighter weights also correlate faster barbell velocities as larger athletes (i.e. 300 lbs. – 300+ lbs.) may not exhibit the same explosive strength qualities as their lighter weight peers.

As a general rule larger athletes will have at least 50% of their squat exercise performance programmed in Zones of Intensity II and III while the smaller athlete will perform at least 50% of their squat exercises in Zones of Intensity III and IV. This does not imply that the larger as well as the smaller athlete will not perform exercise repetitions in all of the Zones of Intensity, however, when considering heavier body weights the programming Zones of Intensity IV and V must be appropriately programmed and carefully monitored. This consideration is to warrant adequate recovery and the avoidance of excessive fatigue thus reducing the risk of injury while ensuring continued optimal training and athletic performance. What is the determining body weight that “separates” a large body weight from a lighter body weight athlete? A body weight of 242 pounds (110Kgs) is the barometer that Coach Goldstein utilized for this determination. It should be acknowledged that there are outstanding athletes that may be an exception to this “body weight” guideline i.e. genetically gifted athletes over 242lbs/110kgs that may be trained similarly as the smaller athlete.

The athlete’s body weight is a consideration for the squat exercise performance that should not be disregarded. Due to the absolute heavier loads lifted by the larger athlete the Zones of Intensity II and III may be emphasized for the following reasons:

—————————-
Robert A. Panariello MS, PT, ATC, CSCS is a founding partner and Chief Clinical Officer at Professional Physical Therapy and the Professional Athletic Performance Center with 88 facilities in the NY, NJ, and CT tristate area. He has more than 35 years of experience in the related professional fields of sports physical therapy and the strength and conditioning of athletes, is well published in scientific and S&C journals, and lectures nationally on these related topics. He is a former Division I Collegiate and Professional Head Strength and Conditioning Coach and has studied the science of strength and conditioning and weightlifting in Bulgaria, the former Soviet Union and former East Germany. Rob was the recipient of the 2016 National Strength and Conditioning Association (NSCA) Sports Medicine/Rehabilitation Specialist of the Year Award, the 2015 American Physical Therapy Association (APTA) Sports Physical Therapy Section Lynn Wallace Clinical Educator Award, and was elected to the Collegiate Strength and Conditioning Association (CSCCa) Hall of Fame in 2003.